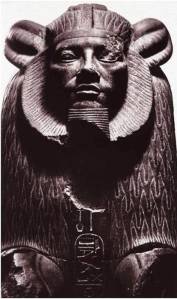 The next Manchester Ancient Egypt Society lecture will be given by Dr. Toby Wilkinson.

The Rise and Fall of Ancient Egypt

Ancient Egypt has all the ingredients of an epic novel – glittering courts, dynastic intrigues, murky assassinations and epic battles; individual stories of heroism and skulduggery, of triumph and tragedy; powerful women and tyrannical kings – but the real history is even more surprising. The Ancient Egyptians were the first group of people to share a common culture, outlook and identity within a defined geographical territory governed by a single political authority – concepts of nationhood that continue to dominate the planet. As the world’s first nation-state, the history of Ancient Egypt is above all the story of the attempt to unite a disparate realm and defend it against hostile forces from within and without. In this lecture, Toby Wilkinson sets out to reveal Ancient Egypt in all its complexity, including the relentless propaganda, the cut-throat politics, the brutality and repression that lay behind the appearance of unchanging monarchy, as well as the extraordinary architectural and cultural achievements for which the pharaohs are justly famous.

Dr Toby Wilkinson is a Fellow of Clare College, Cambridge. He is a regular media commentator on Egypt, has lectured on Ancient Egypt throughout the UK and overseas and has contributed to many television and radio programmes. Toby is the author of 8 books on Ancient Egypt, the most recent of which, The Rise and Fall of Ancient Egypt, was named by the Times, the Sunday Times, and BBC History Magazine as one of the history books of the year, and won the Hessell-Tiltman Prize for the best popular history of 2010.